What Is The Dark Web?

The dark web is a vast, invisible portion of the World Wide Web known as the nucleus of illegal online activities. It’s hidden from standard search engines like Yahoo and Google.

What Is The Dark Web?

The dark web is a vast, invisible portion of the World Wide Web known as the nucleus of illegal online activities. It’s hidden from standard search engines like Yahoo and Google.

Have you ever imagined surfing the internet and finding your house being auctioned off; without your knowledge? Well, the dark web does precisely that. It is littered with confidential information from different companies — all being sold to the highest bidders. The network is dangerous and unpredictable, with sites continually rewriting their addresses to evade being tracked. 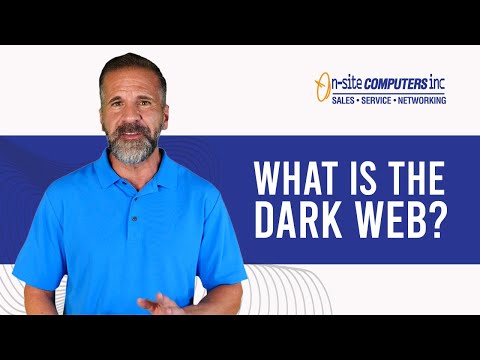 What’s the Difference Between the Dark Web and the Deep Web?

Many people often use the two terms interchangeably, though they do not mean the same thing.

When you navigate the internet using regular search engines, you can only access a small part of the World Wide Web (about 4%). It’s called the surface web. Beneath this, there’s a broader hidden network only accessible through special search tools like the TOR browser. This invisible portion is known as the deep web.

The dark web is part of the deep web, only that it’s found below it and is synonymous with cybercrime. From drugs to child pornography to malware as a service, there’s no limit to what people sell or buy in the darknet marketplace.

The bad news is that the government doesn’t seem eager to shut down the dark web anytime soon. Actually, the deep web draws most of its funding from the Federal Government. Confusing, right? To help you understand this better, let’s have a look at the origin of the dark web.

Who Created The Dark Web? Two research institutions developed the dark web within the US Department of Defense. They wanted to create an anonymized and encrypted network for secretly communicating with intelligence sources and spies across the world. While they achieved this primary clandestine objective, some stakeholders feared their traffic being intercepted and analyzed. And so they decided to open it to the general public. That way, tracing a single site would be more challenging.

Soon, the dark web became popular with both the good and the bad guys. Perhaps the biggest beneficiaries were cyberattackers. To them, the network provided an avenue to execute all forms of cybercrime with absolute anonymity.

You’re probably wondering — why didn’t the government do away with the network after this disastrous eventuality? Well, contrary to popular belief, most of the deep web is still used for beneficial activities. Besides, the network’s open nature makes controlling it challenging to regulate.

Be that as it may, we cannot overlook the fact that the dark web poses severe cybersecurity risks:

The government can only do as much; the onus is on business owners and IT leaders to safeguard their corporate systems.

In What Ways Can You Stay Safe From The Dark Web’s Threats?

On-Site Computers Inc is always ready to help you whenever you feel lost or when you don’t know where to start. Contact Us now for a preliminary dark web scan, and let’s plan how to safeguard your systems.